Once I had tried basic structures, I was seeking ways to make the code more parametric, so I could apply the structure to curved surfaces instead of just linear extrusions. In order to do this I had to think differently. First I tried dividing the surface up using a series of lines between the two grids. The problem was patterning the structure between these points in the 3D grid that this created. It was difficult but not impossible to order the grid points correctly, but impossible for me to get a correct pattern of lines that I needed, instead I got a jumble of lines as seen in one of the pictures.

So I took another approach, considered it similar to the panelling way that most people use. I simply considered that I could create the structure as a single unit and build it up vertically, then parametrically panel this over between the two surfaces. This way worked far better. I could still customise the basic structure, and change the density of it in x and y between the surface.

I then set about how it might look as a stool. It also considered any neccessary alterations that might need to be done and I will continue to make changes where possible as I test the structure more. 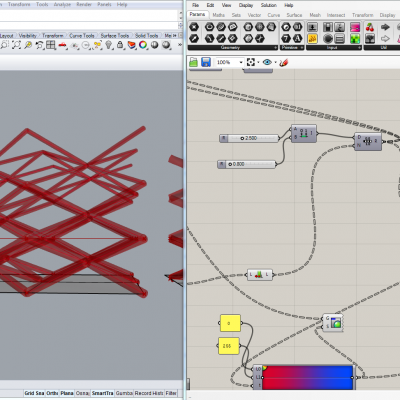 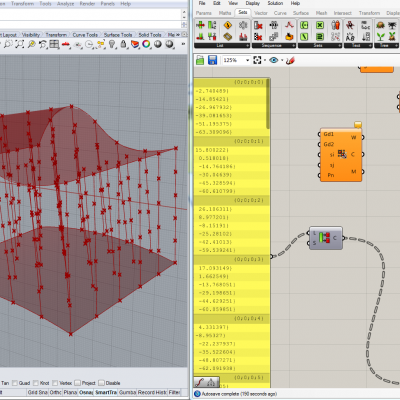 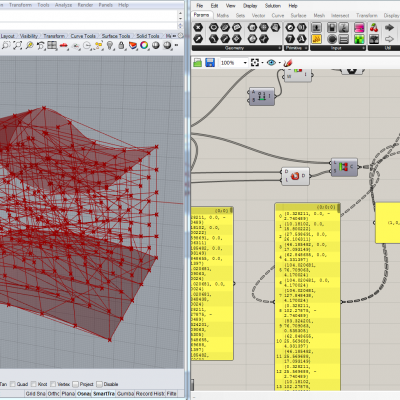 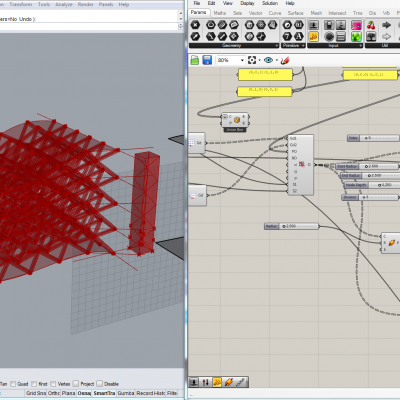 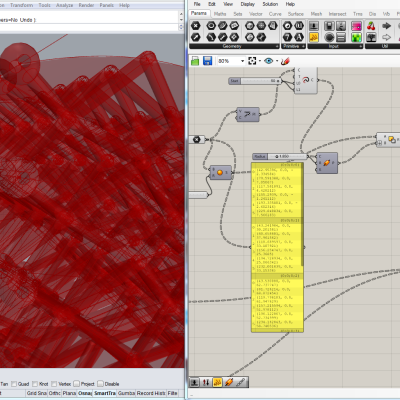 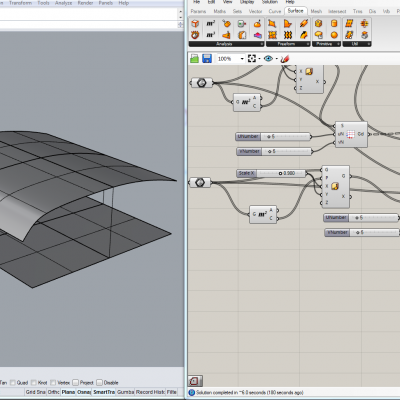 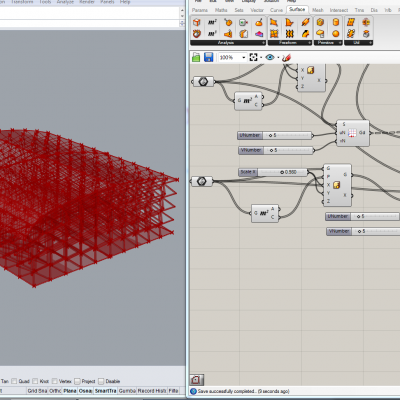 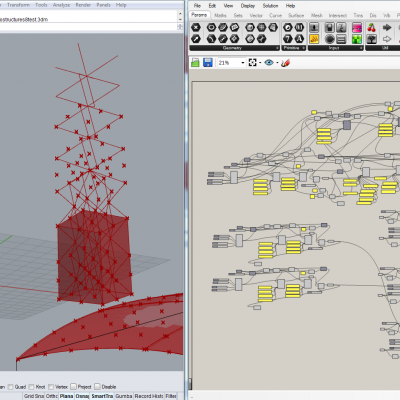 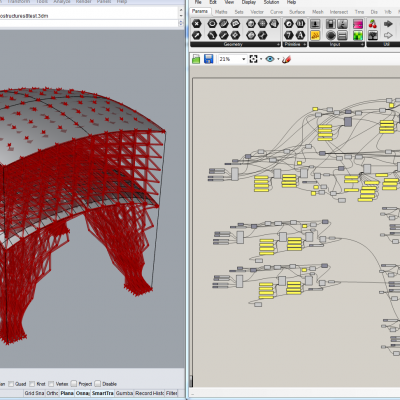