Before plunging into printing nylon, I read up a lot about the problems associated with printing it. I felt I had already solved one problem, which is bed adhesion and warping. 3D Eez proved to be a strong bed adhesion polymer which I was confident worked well with Nylon, as indicated by Richrap. The second problem was moisture. I wanted to make sure my prints worked and performed as well as possible. I needed working parts from the nylon filament.

Taulman, manufacturer of most and if not the best nylon filaments on the market had a diagram of the drying tool that could be used to dry filament before use.

So I set about creating a very similar device to this, for drying my nylon upon arrival. 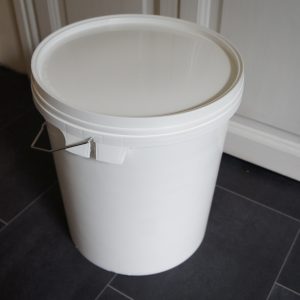 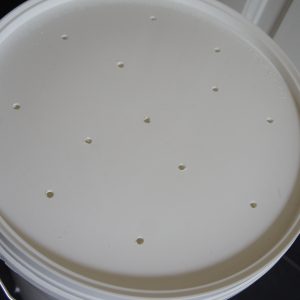 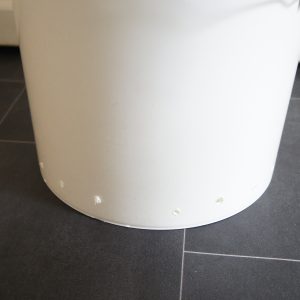 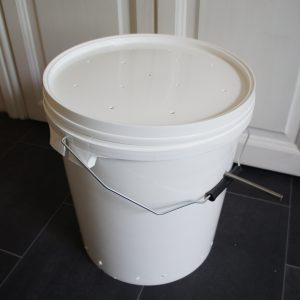 I put in a industrial safety light holder with a 60w incandescent bulb and some kapton tape to protect the bucket sides. I used a spare threaded rod to sit the filament on in the middle of the bucket. Once ready and My filament arrived, I turned on the bulb overnight to dry the filament. By all accounts it works very well but there is quite an invasive smell from the dried filament created by the process that’s quite acrid to have in the home. Not sure if Its me doing something wrong with the process or just natural.

In addition to this, as I am doing long prints and nylon can pick up a lot of moisture in a short period of time, I wanted to create a box that could allow the filament to spool whilst keeping it a fairly air tight enclosure. I saw a person who had done something similar here,  so I decided to design my own.

Having a laser cutter handy at university I quickly set about making a basic acrylic box with special cut holes for where I wanted my printed parts to attach. I then simply used a glue gun and tape to hopefully seal it up as possible from air. The top was designed to come of so I wanted to use elastic bands and (eventually) some rubber seal around the edge. 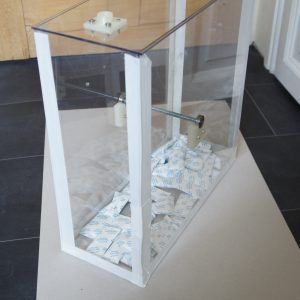 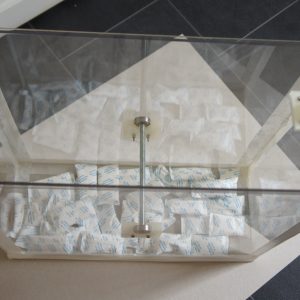 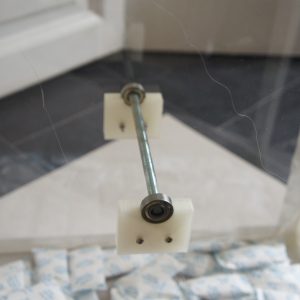 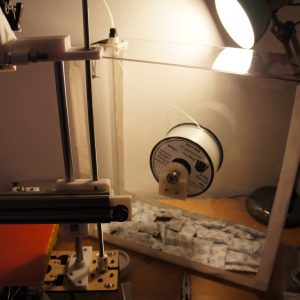 After this, I was ready to begin printing. My first choice was to use a cheaper nylon I found on the internet that offered 1kg for almost half the price of taulman nylons that come in at 450g. I was hoping these would offer satisfactory performance. Unfortunately that was not the case. Even after drying, these nylons proved impossible. 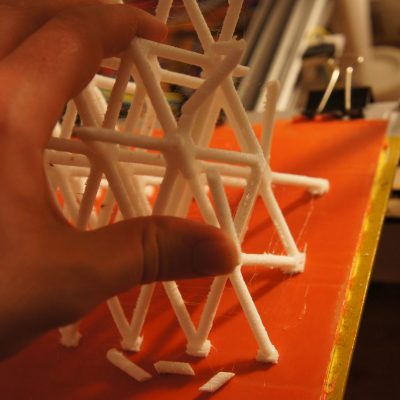 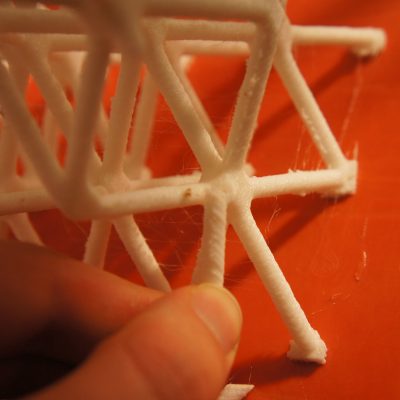 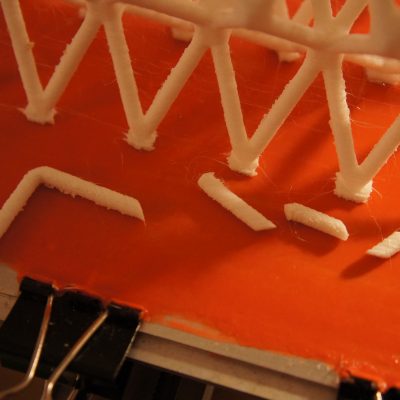 Now I dont know the reason, because nylon is generally such a tough plastic, and it is not in the least bit brittle, but when I printed the structure in the cheaper nylon, it just snapped apart with the smallest of forces on bits of the pipes. It was franky quite weird. I had dried the filament for a whole night before this so I was a loss to the reason that it might be still moisture. I tried changing the temperature also to no avail.

Next I tried taulman bridge and 645. These were much much better. I dried them the same as the others, and set about printing. The results speak for themselves as far better. 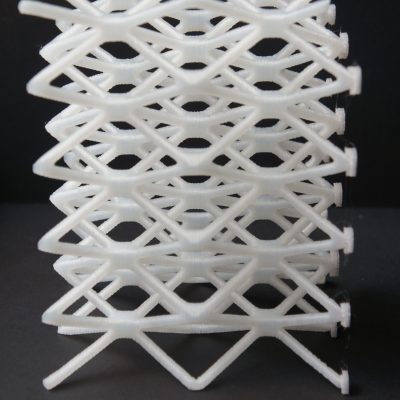 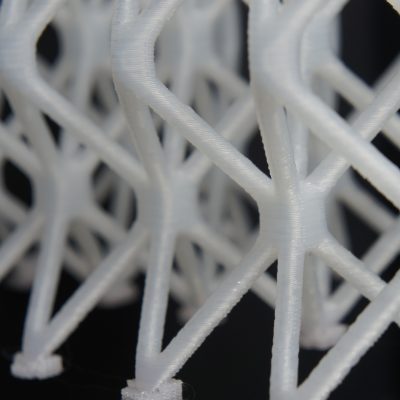 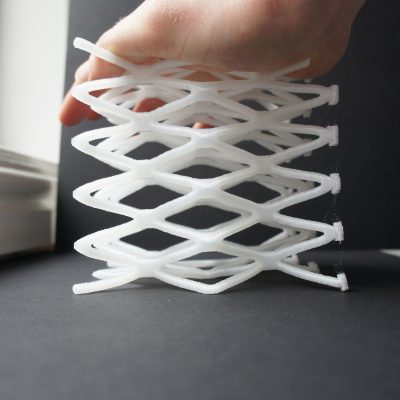 Bridge worked very well. I started with a layer height of 0.3mm, on my 0.4mm nozzle. This print took around about 9 hours. The print was good but one tube failed and snapped off. Clearly the adhesion at that one particular place was bad but everywhere else was very strongly bonded. The flexibility is looking perfect for seating. its much harder than the other materials provided so far, but it does flex, and it is very strong. 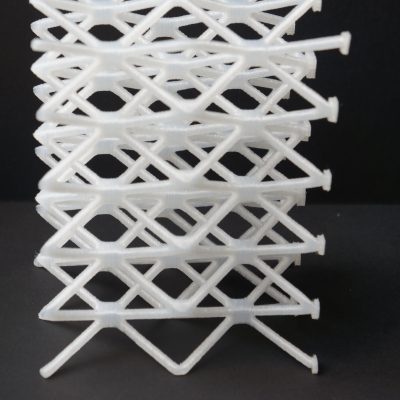 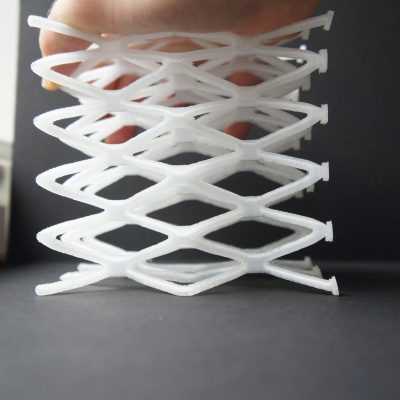 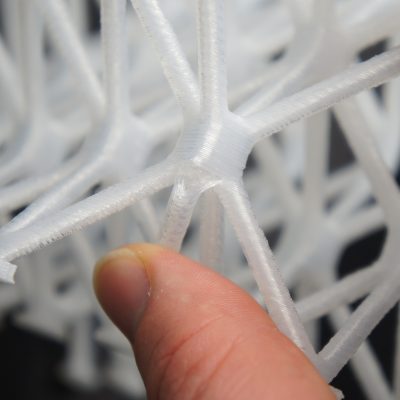 Surprisingly, layer to layer bonding with the 645 was worse at this layer height. I had problems with some of the pipes partly delaminating. Now, they didnt snap off and overall the part was very strong, but this kind of problem is not acceptable as a working part. This nylon I would say has a similar flexibility level to that of the bridge and the part took the same time with roughly the same settings.

Taulman says their nylon industrial filaments were designed or print better at larger layer thicknesses. My aim, to cut down on print time was always to move to a higher nozzle diameter. If there were structural benefits, that would be a bonus. Ideally I need to get rid of the errors occuring in the current prints at 0.3mm layer height.

I switched my E3D hot end to a 0.8mm nozzle. Which is double the diameter. 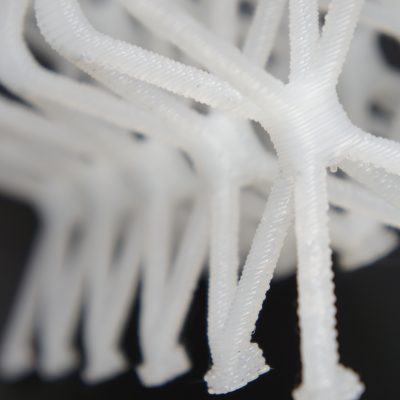 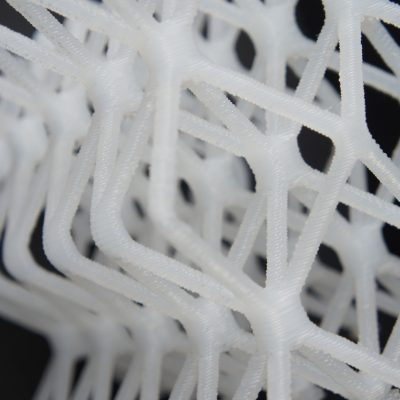 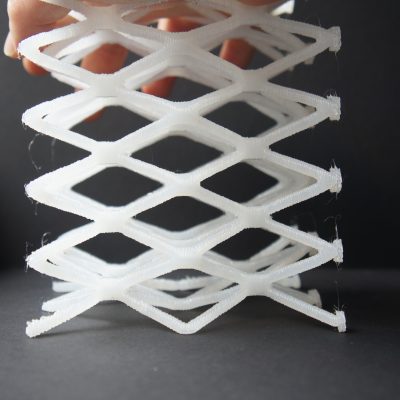 I printed this test at 0.6mm layer height, double that of before. The print took around 3hrs 45 mins. It turned out much stronger than the others. This one I did in 645, but it would be much the same with the bridge I believe. The part had no errors, I could bend the pipes right back and nothing would happen. They were if anything slightly less compressive due to the added strength. I also put this down to there being more material because the shells (perimeters) are much larger due to the increased nozzle height. So I will have to see whether I can reduce material use where possible. I am happy that it is possible to print this way, it being quicker and stronger. obviously the resolution of the part is not as I high, but that is not an issue for me.