Printing flexible filaments is a bit more complex than normal standard filaments like PLA and ABS. The diagram below shows just why this is the case. Due the elasticity and flexibility of the filament, it is very easy for it to get caught up when its being driven through the extruder. 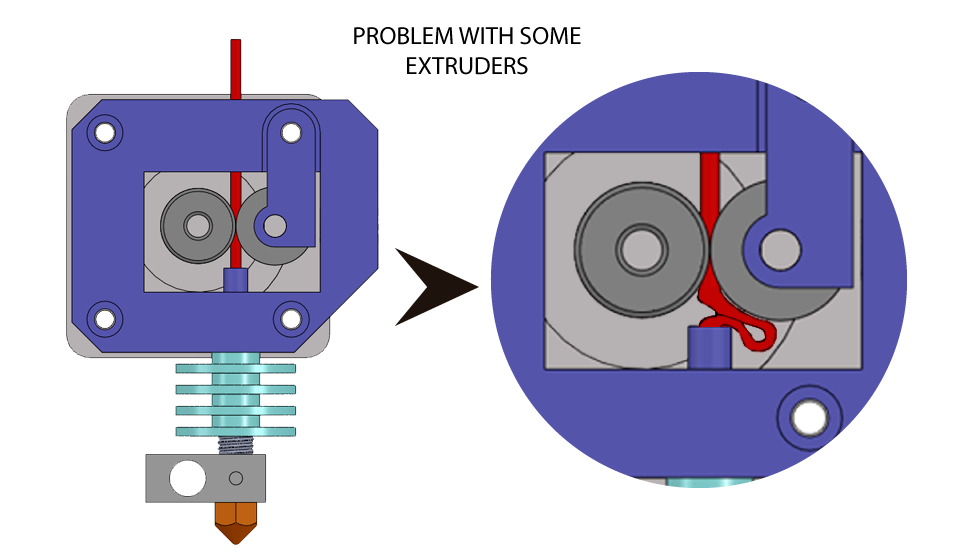 Thus it is very important for the filament to be guided well down the extruder right from the drive gear into the hot end, often involving the help of a ptfe tube. 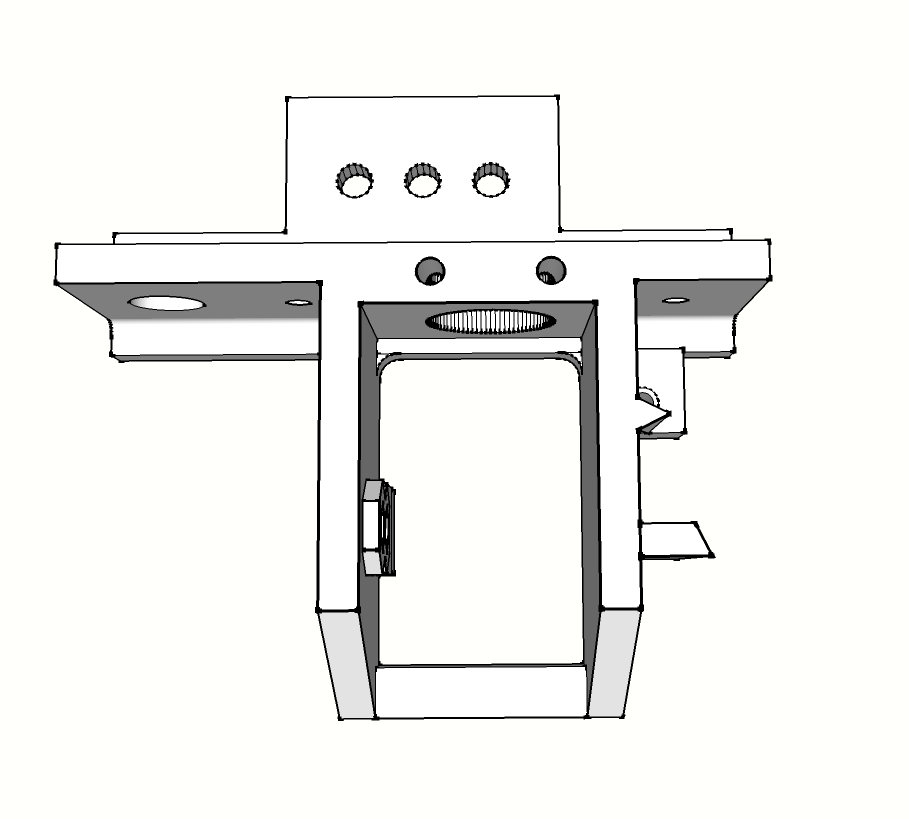 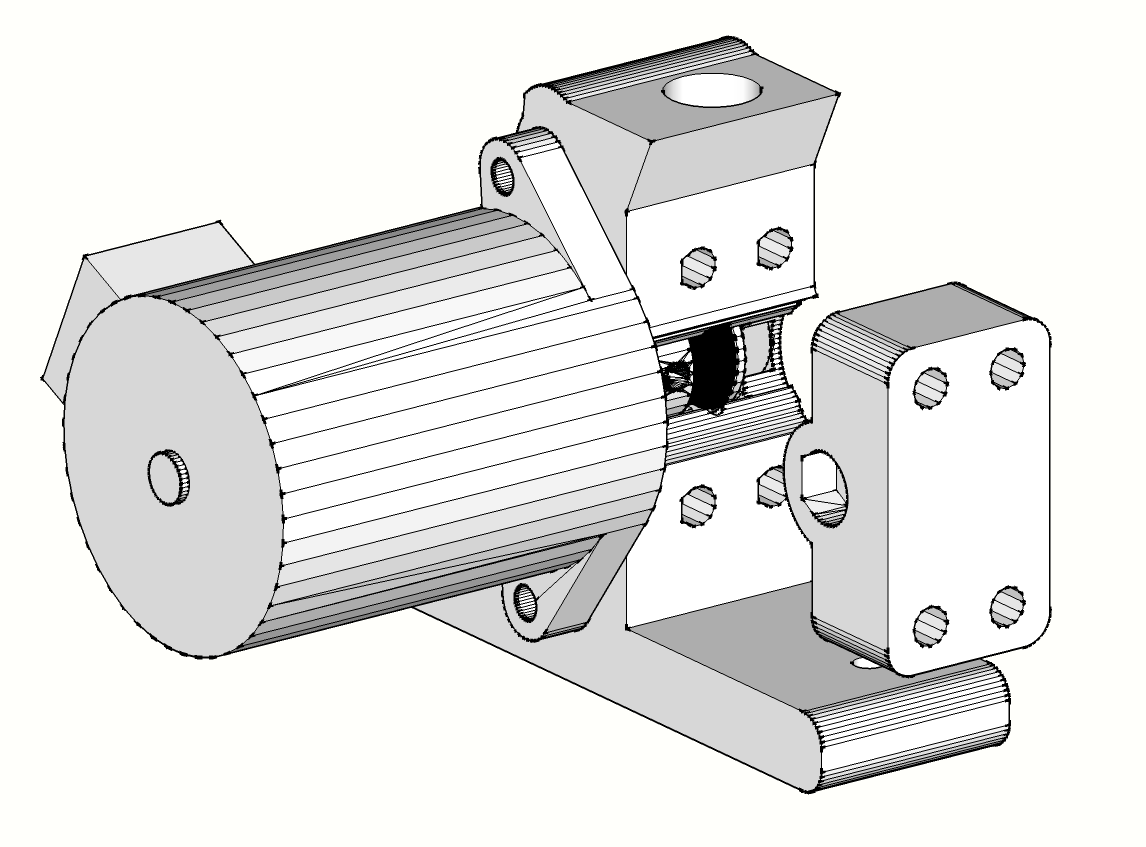 Above was the extruder mount and extruder body design I came up with. I chose to go back to a direct drive set up as I just wasn’t happy with the level of ooze i was getting on my bowden system, and it was just not always producing good prints when there were lots of small islands, as retraction was difficult to get right even with high and fast retraction. I found out about some extruders people had design on thingiverse for a smaller and lighterweight motor than the NEMA 17 standard motors most of the reprap community uses for the 3D Printers. See here: Thingiverse. This motor is roguhly half the weight to the NEMA 17. It is called the PG35L and is notoriously difficult to get hold of. Nevertheless an american site was selling them so I ordered a couple, for my current printer and two for the new bigger one, and one spare. The extruder body is simple in that it allows no space for the filament to move around the drive gear and idler bearing. 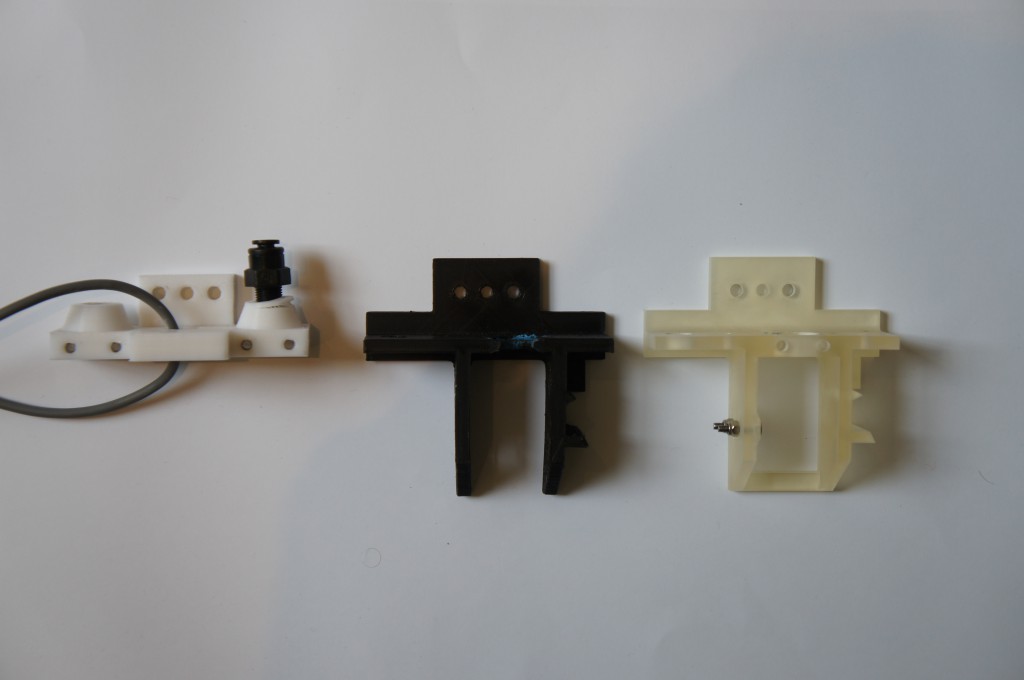 Initially I had a lot of problems with the new mount. it was generally the way the hot end was mounted. Initially I tried a slide on fit system, but it just wasnt tight enough and during first test prints it would loosen up and cause problems. The second iteration was back to a similar mount system that I had before, only with the new extrude body to attach to rather than for bowden. In the above image you can see the three different mounts. The last I printed at university as it was more time effective seeing as I had put the new mount on but couldnt get it printing well. The screwed based hot end mount worked well and keeps the Ubis hot end nice and tight. 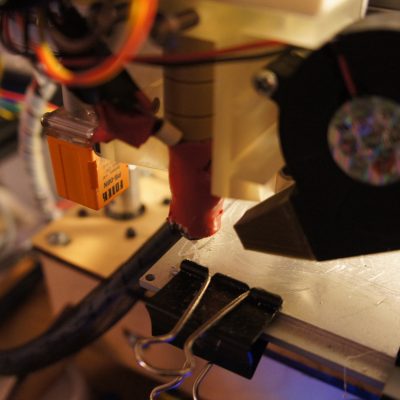 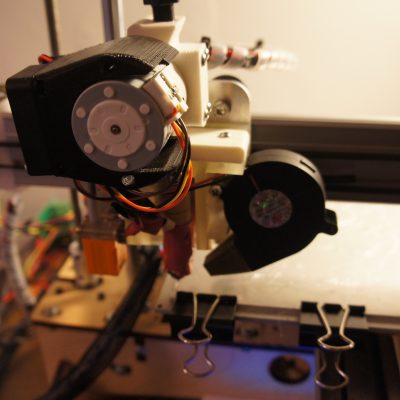 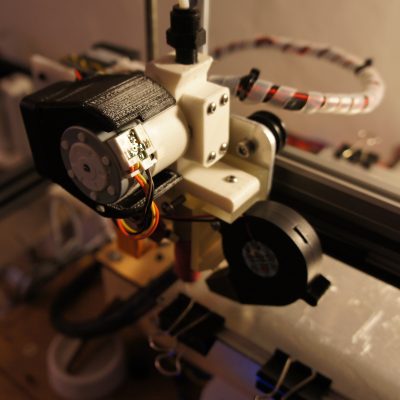 Above the images show the new motor and extruder body set up. A ptfe tube guides the filament from the spool area to the body to reduce tension and make it easier especially for flexible filaments which would not curve naturally in the air. The fan mounts to the right and inductive sensor to the right.

The new system prints really really well, I was shocked just by how good quality the direct system is here. The mount is pretty light and works like a dream for printing. I had no problems on any initial tests using PLA.